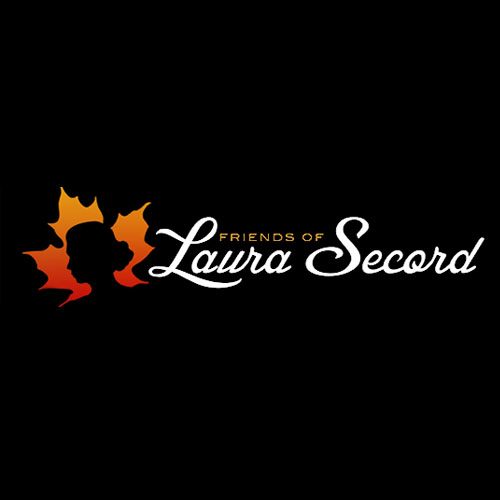 Laura in your language

Laura in your langua

Click on the ‘Select Language’ arrow on the Google Translate utility (top left corner of this web page) to translate the entire page into your preferred language!

NOTE: Google Translate may not work with certain smartphones or tablets. If you are having difficulty, try using your laptop or desktop computer. 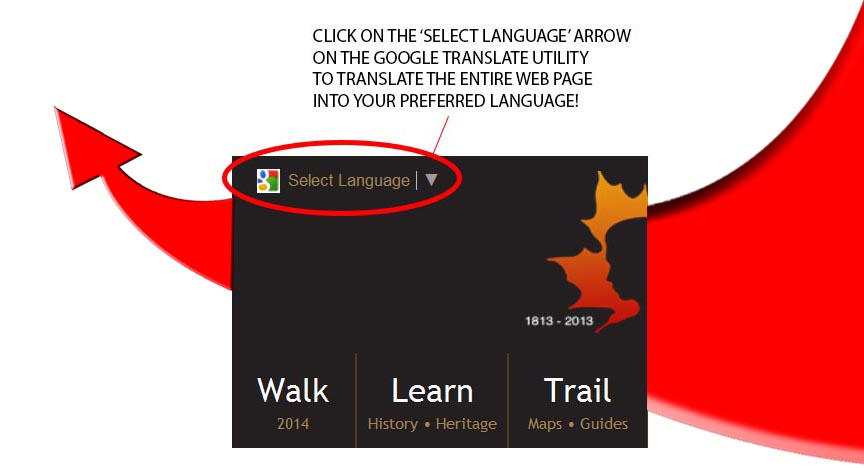 We are committed to sharing the legacy of Laura Secord with as many people as possible. That means we must find a way to translate the stories associated with her into many different languages. Canada is a diverse nation with many contributing cultures and ethnicities, but many new Canadians do not know the stories that are quite familiar to Canadians who have been here for many generations. Since these stories help us understand our national origins, it is our goal to share them with many people in many different languages.

Technology can be very helpful. We have added the Google Translate utility to the top left corner of our website, so that everyone can view our web pages in their preferred language. (Click here to learn more about how Google Translate works). But there is no substitute for real human translation – and we are trying to get some of the main stories associated with Laura Secord translated accurately.

If you speak English and another language fluently, and if would like to help us translate the article ‘Who was Laura Secord?’, please and send us an improved translation of the article. Include your name, mailing address, and contact details. If you are the first person who responds, we will send you a beautiful ‘Friends of Laura Secord’ hat by mail!

Email us with a better translation!

Who was Laura Secord?

Many Canadians have heard of Laura Secord, if only because of the candy company which bears her name. Her most famous accomplishment was her celebrated and difficult 32 km walk from Queenston to Thorold on June 22nd, 1813 to warn the British forces of an impending American attack.

From 1812 to 1815, British Canada was at war with the Americans. On June 21st, 1813, American officers occupied Laura Secord’s home in Queenston. She overheard them discussing plans to capture a British outpost at DeCew House, 32 kilometres away. Early the next morning, Laura left her wounded husband and young children and walked through enemy lines to warn the British of this impending attack. After hours of difficult travel, she met an encampment of Indian warriors who brought her to the commanding officer, Lieutenant James Fitzgibbon. He heeded Laura’s warning and reacted to the threat. His small group of men joined a powerful group of First Nations fighters and surprised the American invaders at a strategic interception point along their invasion route. Nearly 600 American troops surrendered at that decisive Battle of Beaver Dams. Without Laura Secord’s bold warning, Canada may not have existed as a nation today.

Unfortunately, Laura’s bravery went unnoticed for almost 50 years. But in 1860, the Prince of Wales visited Canada and learned of her story. In 1861, Laura received an award of one hundred pounds sterling from the Prince and Queen Victoria, which led to wide public acclaim.

Laura Secord was an immigrant, a political refugee, a wife, and a mother of seven. Her life was difficult, and she lived in a harsh frontier environment at a time of political instability, economic hardship, and imminent military conflict. But in many ways, she was an ordinary person living in extraordinary times, and her story was shared by other pioneer women, First Nations peoples, black settlers, former slaves, working-class men, and other marginalized people of the day. Their courageous stories have been forgotten, their struggles and sacrifices go untold, and their important roles in the founding of our nation were often overlooked by conventional history, eclipsed by the recorded exploits of prominent politicians and military heroes.

For this reason, we celebrate not only Laura’s courageous exploits on Laura Secord Day. We also remember the contributions of so many of her courageous contemporaries who rose to the challenges of their circumstances with exceptional courage and heroism, and whose everyday exploits were so essential to the difficult and noble enterprise of building our nation. 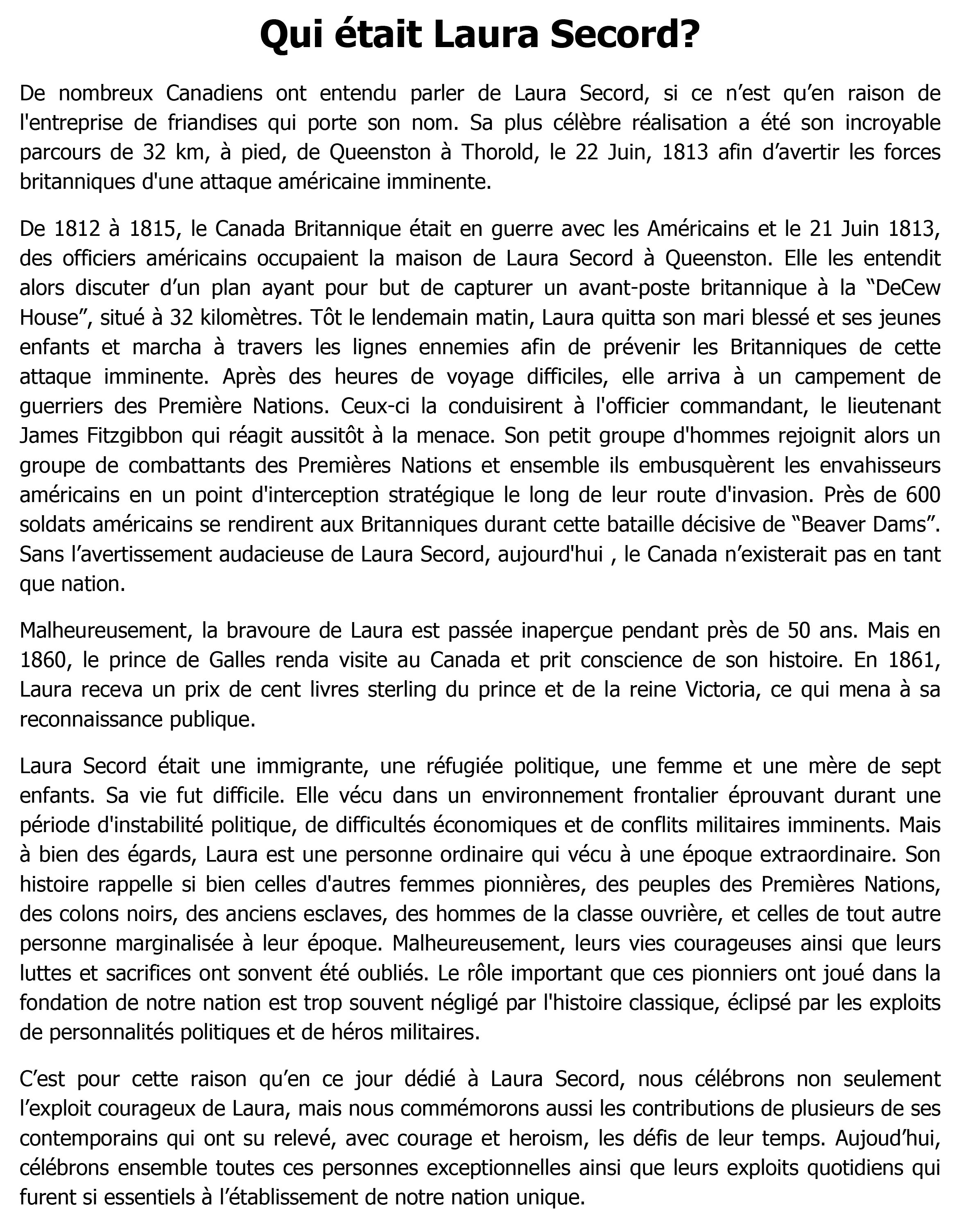 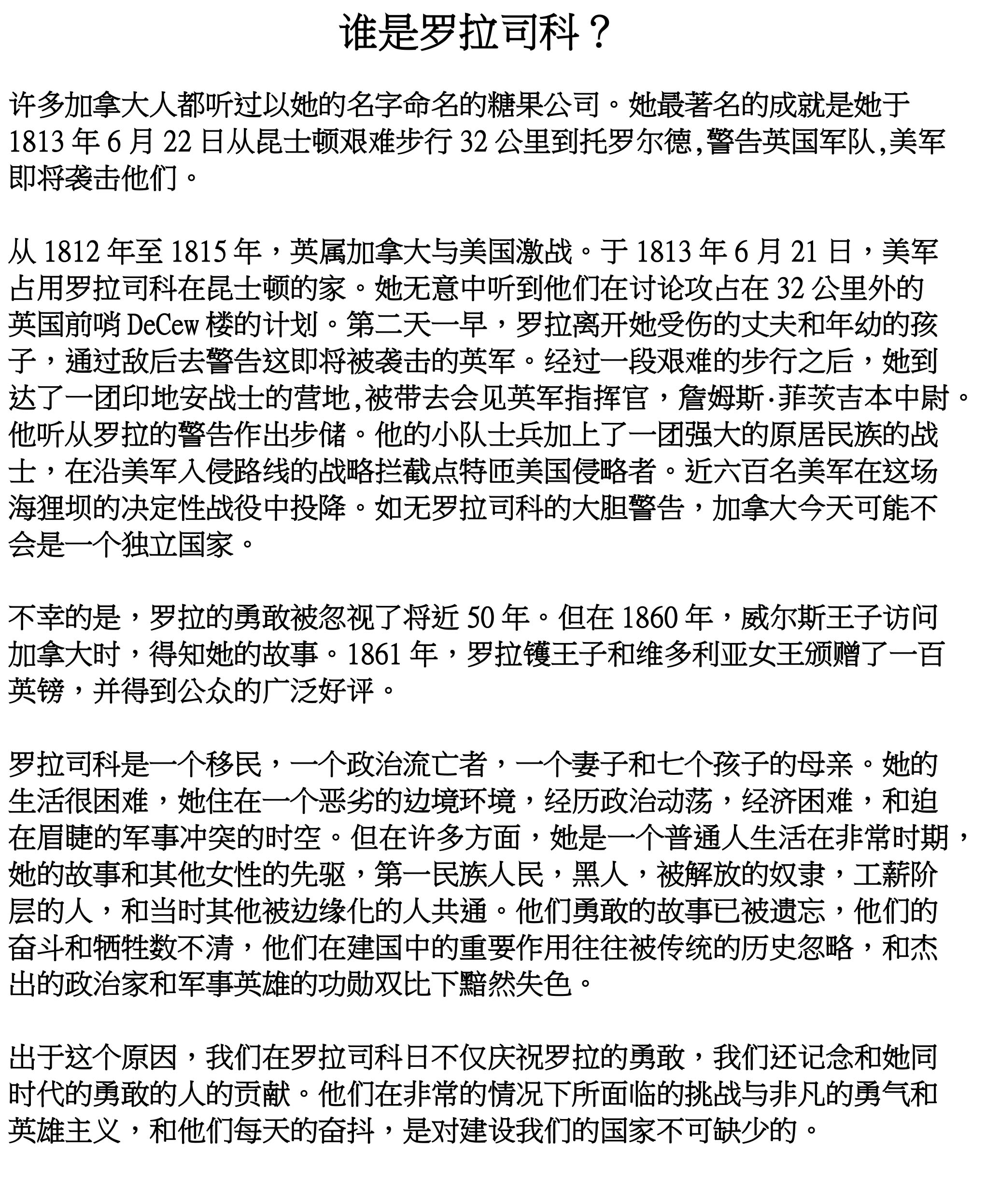 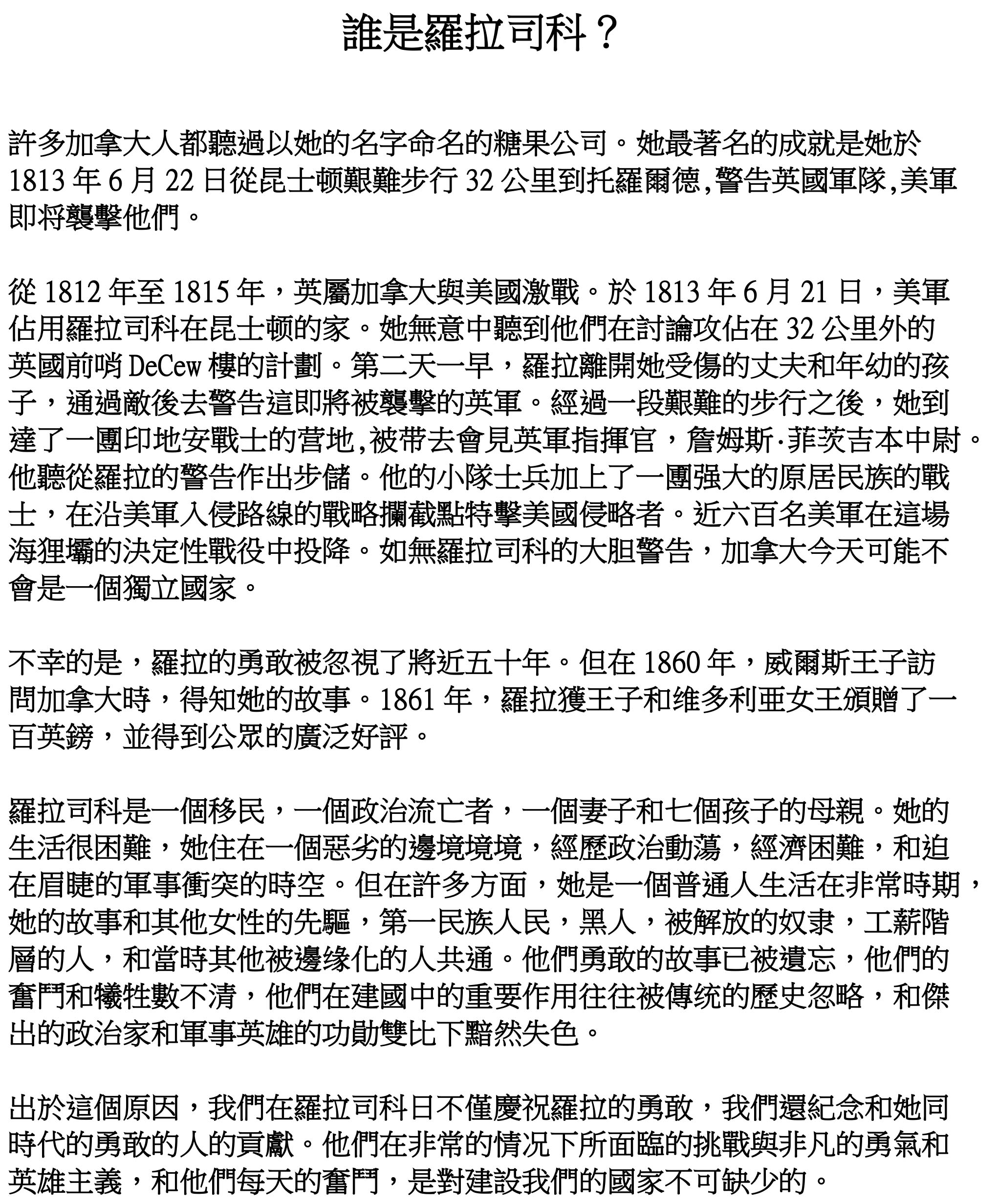